Oscar’s first job: Helping save the bees with technology

Developed an app for beekeepers through intense research and user testing

Check out our job offerings here

This company has their own beehives. But unlike other hives, they happen to be packed with sensors, letting us know the temperature in the hive, the amount of honey in it, the number of bees and if the queen is in the hive. The data opens up a world of understanding for how to better the living condition of the bees - a mission that’s become really important the last couple of years.

Bees are dying, but can technology save them?

According to Earthwatch Institute in 2019, bees were the most important species on the planet. Why? Because they pollinate 70 of the 90 different crops that humans base their diet on. A world without bees would in other words be an ecological catastrophe for humans. And with the number of bees declining at an alarming rate, more people are looking at technology to help.

That is where Oscar comes in. His internship at TietoEVRY was spent developing the concept, looking closely at how the data from the hives could be used in a larger scale. 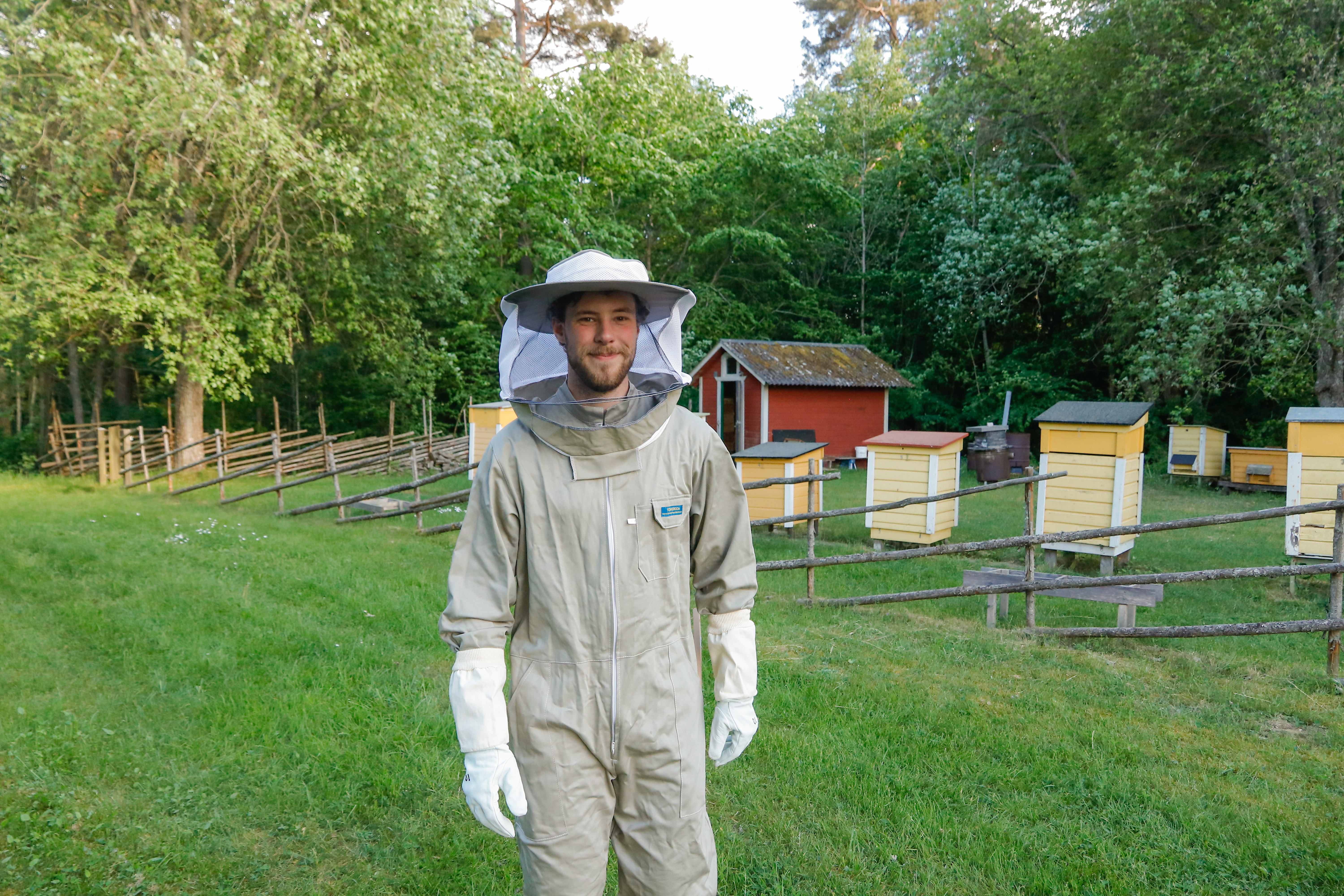 “I created the prototype for an app targeted towards beekeepers. From the research I did, I noticed that a lot of beekeepers have questions that can easily be answered by data collected from hives. But for me, the mission then became putting that data into an intuitive system. That’s how we ended up with the idea for an app” Oscar says.

He went on spending hours doing research on what a beekeeper would want from an app. The idea was always to create a tool for the keepers where they could log information. Because according to Oscar, a lot of beekeepers still use pens and paper in their daily work.

“If you have 20 hives or if you want to transfer the data from your papers to an excel sheet, we can make the job of the beekeeper a lot easier by letting them do the work in a mobile app” Oscar explains.

Oscar became familiar with several bee themed Facebook groups in Sweden and found a lot of the information he needed there. What surprised him the most was how hard it was to create an app catering to all the different needs of the different kinds of beekeepers, ranging from the industrial ones to the ones who had beekeeping as a hobby.

“Finding some common need and then coming up with a solution that would work for everyone was the biggest challenge. I had around 14 questions for the around 160 beekeepers who answered the survey I used in the research phase. After I had the data I needed, I did some user testing with 12 beekeepers. In the end, things lined up and I started to see a pattern” he says.

His first job was one that really mattered

Oscar has dived into all sides of the app development during his internship. Not only has he done research, but he also coded, graphically designed and programmed the app – a whole new experience.

“My leader Henrik showed me the framework for building an app and provided me with the stuff I needed, which was good. Because even though I had a lot of freedom to decide how to do the work, I was also followed up closely” Oscar says and adds “I was invited to meetings from day one to get perspectives and all the insights I needed to do my job. It was very exciting”.

Right now, he continues where he left off with the prototype during his internship. Oscar is spending his summer job at TietoEVRY taking the project one step further and developing it into a real app. Throughout the summer, he and two other team members will be continuing the mission.

“It’s been a lot of fun doing this so far, but for me it also feels really important. Beekeeping is one of the worlds oldest professions, but this project feels like it can actually make it even better, while also keeping the honeybees alive. It gives you a motivational boost”, he says.

There are several exciting opportunities for you as a newly-graduated engineer or economist here at TietoEVRY. We are soon opening the applications for our Graduate Program - Read more.