Time to collaborate and save billions, like Norwegian Oil and Gas

Sharing information on the equipment in stock creates a digital “safety net” for the producing operators on the Norwegian Continental Shelf – preventing downtime and billions lost.

Down time at oil platforms costs society millions in delayed production. At the same time, oil companies are overstoring with expensive and eventually “out of date” equipment, in case of possible emergency. With lower oil prices, the industry is looking for a smarter way to stock and utilize spare parts.

By creating a joint virtual inventory for all the producing operators within oil and gas in Norway, we’ve helped establish a transparent way for the companies to buy and sell spare parts to each other. This way of collaborating is essentially a digital “safety net”, cutting unnecessary costs. In the long run, we’re looking into the use of AI and 3D printing to further lower expenses and increase flexibility.

The Norwegian Oil and Gas Association is a professional body and employer’s association for oil and supplier companies founded in 1981. The association aims to help in the development of a competitive oil and gas industry. Partly by working with different stakeholders on policy, but also through establishing guidelines and recommendations for how the different players on the Norwegian continental shelf should handle joint challenges.

The system has already reduced downtime, to the value of 100 million euros (!)

Rather than taking up storage space, unused parts can now be sold off.

Paving the way for collaboration

The platform increases collaboration in the industry, and the principle can be applied to other technologies in the future

More than 42% of Norway’s exports come from the oil and gas industry, and more than 60 000 people are directly employed within the country’s oil and gas sector. However, there are big changes coming to the sector with a growing demand for sustainability on one hand, and the reduced price of oil in the market, on the other. As a result, the companies are looking for new ways to increase their margins while moving their work in a greener direction. As in most cases, technology is at the heart of the solution.

"The oil and gas industry wants to move in a more sustainable direction. Electrification of platforms is one of the well-known examples. We are committed to producing petroleum in an energy-efficient way that doesn’t take an unnecessary toll on resources” says Yngve Nilsen, senior advisor at the Norwegian Oil & Gas Association.

For this reason, Yngve and the association he works for started looking into the trending “shared economy”. The goal was to come up with new ways this principle can be applied in their own industry. Through close dialogue with the members, they quickly realized that the individual companies each have storages full of unused equipment and spare parts.

In other words, allowing the companies to buy each other’s spare parts in a time of crisis could prevent massive amounts of downtime and costs saved. This idea is now the “Virtual inventory” solution provided by TietoEVRY. “The idea had been in the works for a while, but we turned to TietoEVRY as we had other successful cloud collaborations with them,” says Yngve.

Now, the players on the Norwegian Continental Shelf collaborate to prevent downtime. And so far, the cloud-based solution has saved more than 100 million euros according to the association’s own numbers. “In this specific project, we’ve worked very closely with TietoEVRY’s team in Ukraine. They are very proactive and pick up on our needs very quickly. As we’ve also worked on an international scale in the past, we knew how to get around the cultural differences in ways of working, swiftly” says Yngve.

According to Yngve, the main challenges have been to open up and transfer the data into a joint system. “The companies all have their own systems and logs for spare parts, so integrating this into one shared system in the cloud has been a large proportion of the work. As we move on with a joint standard for how we keep our inventories we expect it to be easier”, he continues.

The results speak for themselves and that this is the biggest motivation for the companies to keep using the inventory. However, a lot of communications and change management has been needed for the project. “When our members see the advantages of working together it makes the change process easier. However, we have and still have change process consultants on board just to make sure the project keeps developing” says Yngve.

Yngve and his colleagues hope that they can expand this way of thinking, with the “Virtual inventory” case as a good fundament to build on. “The Norwegian oil and gas industry has been good at solving problems together in the past, and I believe we need to strengthen the collaboration even more as we head into the future, looking into for example new uses of AI or even 3D printing”, says Yngve. How did Cloud ERP increase efficiency and streamline business processes?
Read the story

HSB Living Lab and TietoEVRY are creating a network of connected beehives in public cloud!
Read the story 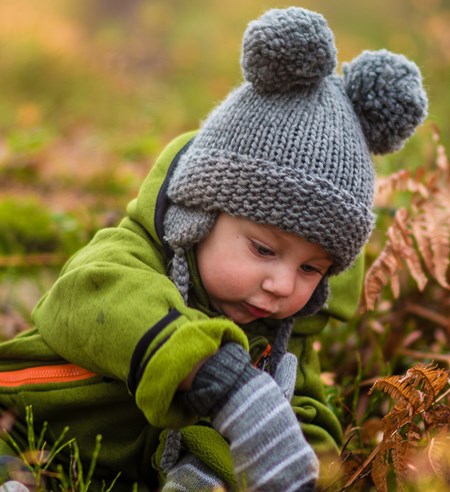 How is Libero keeping its customers loyal in the digital age?
Read the story

You are welcome to contact us at any time.
Please fill in the details in the form, and we will be soon back to you!

Thanks, your message was sent successfully.