(Oslo, 4 July 2018) EVRY has reached a definitive agreement with Geldservice Nederland B.V (GSN), a company that is a joint venture of the three largest banks in the Netherlands. The ATM service agreement runs for five years and represents a contract value in excess of NOK 500 million. 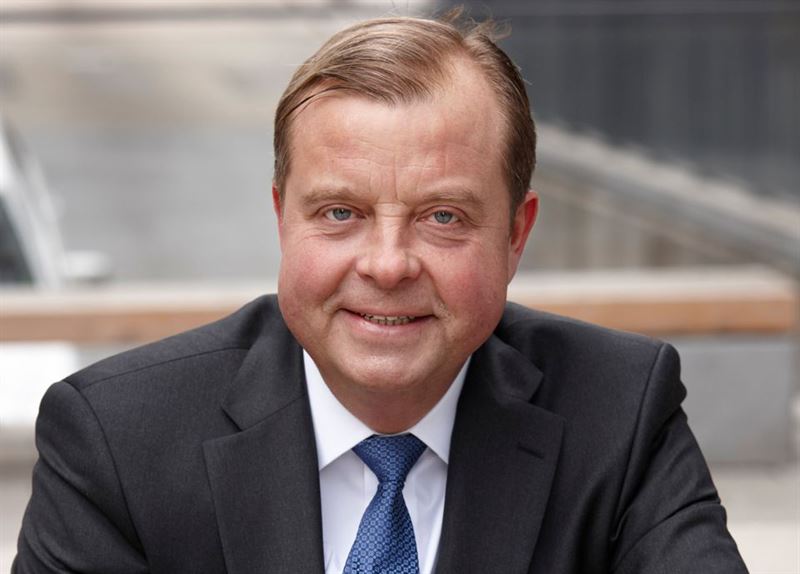 Through this partnership EVRY will deliver ATM transaction processing services based on its ATM platform and modern technology that enhances GSN’s ability to run an efficient, reliable service in the Netherlands.

GSN is a joint venture between ABN AMRO Bank, ING Bank and Rabobank. GSN’s current, predominant focus is the processing and distributing of cash in the Netherlands. However, following the implementation of the agreement, GSN will be responsible for all the cash-related services offered by the banks with a direct aim to ensure the future availability, accessibility, affordability and safety of cash in the Netherlands.

"Recent years have seen a decline in the use of cash in the Netherlands, but cash will remain crucial for the foreseeable future. We are excited to be working together with EVRY to deliver our vision of a future where cash remains available to everyone”, says Geert Eikelboom, CEO of GSN. “The expertise and experience of EVRY will play a vital role in realizing this vision and delivering an optimized, secure network in the Netherlands, even within the challenging context of a society where cash is used less and less.”

“We see an increasing interest among banks throughout Europe to reduce costs of handling cash. At the same time, they need to improve their services and provide customers with greater convenience. GSN’s goal is to ensure the availability and affordability of cash in the Netherlands, which permits consumers and businesses to securely withdraw and deposit money. EVRY is one of the few suppliers in the world that offers a true ATM-pooling solution, and we are delighted that GSN has given us their vote of confidence by entering into this agreement", comments Björn Ivroth, CEO of EVRY.

EVRY offers a broad range of ATM services based on vendor-independent software. The company’s services are fully integrated with national and international card networks such as Visa, Mastercard, American Express and Diners Club International. Within the field of ATMs, EVRY is a market leader in the Nordics, which is a digitally mature market. The company currently manages and delivers ATM services for around 80% of the Scandinavian market and in 11 countries in Europe.

About the agreement
Leveraging its accomplished Nordic capability, EVRY will provide software and operations alongside transaction processing. The agreement was won against strong competition from global providers. The contract runs for five years with an option to extend for a further three years, and represents an estimated contract value for the first 5 years in excess of NOK 500 million.

About GSN
Since 2011, GSN has been responsible for the collection, counting, processing and distribution of coins and banknotes on behalf of its founding partners (ABN AMRO Bank, ING and Rabobank). To meet future requirements, the logical next step is to extend this collaboration to include responsibility for the entire network of ATMs and automated collection points on behalf of the three banks and any third-party clients who wish to avail themselves of these services.

Through this collaboration, the aim of this project is to maintain an optimal and secure network of ATMs for the future. This entails ensuring the ready availability of banknotes in a secure and affordable manner, even in times of declining usage.

Early 2019, GSN will start the migration of the ATM network in the Netherlands. By the end of 2020 an optimized national network of ATMs will be operational, to ensure that cash is also safe, accessible, available and affordable in the long term.

About EVRY ASA
EVRY is one of the leading IT services and software providers in the Nordic region and has more than 10,000 customers across the private and public sectors. Every day more than five million people in the Nordic region use solutions delivered by EVRY. Through its strong local presence and in-depth technological and commercial insight, EVRY is a driving force for innovation and modernisation at its customers. EVRY reported turnover of NOK 12.6 billion in 2017 and has 8,500 employees across nine countries. Its headquarters are located at Fornebu just outside Oslo, and the company is listed on the Oslo stock exchange. www.evry.com