EVRY has more than halved its greenhouse gas emissions over the past five years by taking targeted environmental measures. EVRY is now ready to take a further quantum leap, and in order to achieve these ambitious cuts the company is adopting new science-based targets. 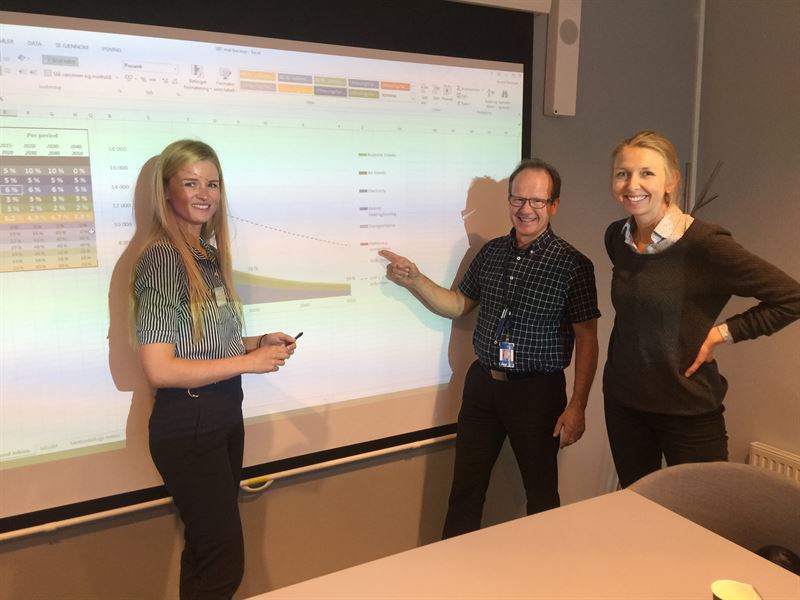 This achievement is the result of a long-term strategy that has seen EVRY organise its environmental work as a comprehensive system and introduce measurement parameters and policies intended to ensure that there is a clear focus on environmental solutions in all relevant areas. Among the most important measures was EVRY’s decision to invest in world-class environmentally friendly data centres in Norway and Sweden and to consolidate its old data centres. We have also introduced waste management processes, not least for electronic equipment such as mobile phones, PCs and other hardware. Improving electronic meeting facilities has been another area that has had a significant impact.

“EVRY can point out that it has halved its greenhouse gas emissions in just a few years, but it does not stop there. Customers, employees and other stakeholders need to be confident that EVRY will work in a targeted way on reducing its emissions significantly in future as well. In addition to the measures designed to reduce its own emissions, EVRY is investing significantly in digital services that enable customers to achieve their significant potential in relation to environmental issues”, comments Arve Aasmundseth, Group HSE Officer at EVRY.

Emissions to be cut by another 30%

Although EVRY already satisfies the international climate change target of 1.5oC set as part of the Paris Agreement, its ambition is to continue to cut its greenhouse gas emissions. EVRY expects to be able to reduce its CO2 emissions by a further 30% from current levels between now and 2020.

“To achieve major new reductions, we are adopting science-based targets that are now approved by the international climate organisation CDP”, explains Arve Aasmundseth. EVRY’s climate target has been reviewed and approved as a science-based climate target by the Science-Based Target Initiative, an international organisation that is a collaboration between the World Wide Fund for Nature (WWF) and the United Nations Global Compact (UNGC).

Arve Aasmundseth explains that the new targets apply for a period of four years, and are based on intensifying the environmental work carried out at EVRY in recent years.

“If we are to achieve these targets, we need to complete the consolidation work that is ongoing at our data centres. We also need to adopt new and innovative technology so we work smarter and travel less with a greater emphasis on the environment, and we must use less paper, recycle more and use greener energy sources”, adds Arve Aasmundseth.

EVRY participates every year in an international benchmarking assessment on environmental performance carried out by the CDP (formerly the Carbon Disclosure Project), an independent foundation supported by global investment funds that work to make business and industry more sustainable. In the 2016 assessment EVRY received an A rating, making it the only company in Norway to achieve the highest possible rating.

CDP describes what this rating means as follows: “A high score signals that a company is measuring, verifying and managing its carbon emissions, for example by achieving emissions reductions by implementing programs to reduce emissions in both its direct operations and its supply chain.”

CDP is an independent foundation that is supported by global investment funds that work to make business and industry more sustainable.

EVRY is one of the leading IT services and software providers in the Nordic region and has more than 10,000 customers across the private and public sectors. Every day more than five million people in the Nordic region use solutions delivered by EVRY. Through its strong local presence and in-depth technological and commercial insight, EVRY is a driving force for innovation and modernisation at its customers. EVRY reported turnover of NOK 12.2 billion in 2016 and has 8,500 employees across nine countries. Its headquarters are located at Fornebu just outside Oslo, and the company is listed on Oslo stock exchange. www.evry.com.