NOT FOR PUBLICATION, DISTRIBUTION OR RELEASE, DIRECTLY OR INDIRECTLY, IN OR INTO THE UNITED STATES OF AMERICA, AUSTRALIA, CANADA, JAPAN, SOUTH AFRICA OR ANY JURISDICTION WHERE TO DO SO MIGHT CONSTITUTE A VIOLATION OF THE LOCAL SECURITIES LAWS OR REGULATIONS OF SUCH JURISDICTION. With reference to the announcement of 23 May 2017, EVRY ASA ("EVRY", the "Company", OSE ticker code: "EVRY") has now approved the terms of and resolved to commence its initial public offering of its ordinary shares (the "IPO"). 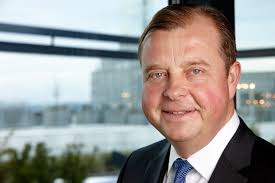 The Offer Shares (as defined below) are expected to be sold at a price between NOK 31 and NOK 39 per Offer Share, corresponding to an equity value (including issuance of new shares) of between approximately NOK 11.5 billion and NOK 13.6 billion. The final offer price per share may, however, be set above or below this indicative price range.

The IPO will comprise new shares (the "New Shares") to be issued by the Company to raise gross proceeds of NOK 3,200 million, and between 19,060,573 and 33,247,504 existing shares (the "Base Sale Shares") to be offered by Lyngen Bidco AS (the "Selling Shareholder" or "Lyngen"), the current majority owner in the Company controlled by funds advised by Apax Partners. Furthermore, Lyngen has an option to sell up to 27,792,359additional existing shares through an up-size option (up to 7.5% of the total number of shares in issue including the New Shares) (the “Up-Size Option”). In addition, the Joint Bookrunners (as defined below) may elect to over-allot a number of additional shares equal to up to 15% of the number of New Shares, Base Sale Shares and any shares under the Up-Size Option allocated in the IPO (the "Additional Shares", and together with the New Shares, the Base Sale Shares and any shares allocated under the Up-Size Option, the "Offer Shares"). In this respect, Lyngen is expected to grant ABG Sundal Collier ASA, on behalf of the Joint Bookrunners, an option to borrow a number of shares equal to the number of Additional Shares in order to facilitate such over-allotment, as well as an option to purchase a number of shares equal to the number of Additional Shares if required to re-deliver any of the borrowed shares. The final number of Offer Shares will depend on the final offer price.

If all the New Shares and all the Base Sale Shares are sold in the IPO at the mid-point of the indicative price range, it is expected that the free float of EVRY following completion of the IPO will be up to 46.9% of the share capital when including the over-allotment facility, and up to 55.5% of the share capital when also including the exercise of the Up-Size Option, implying that Lyngen will retain an ownership in EVRY post completion of the IPO of at least 44.5%.

The terms and conditions for the IPO will comprise:

The final number of Offer Shares and the final price per Offer Share will be determined by the Company and Lyngen, in consultation with the Joint Bookrunners, after completion of the bookbuilding period for the institutional offering.

The pricing of the transaction is expected to take place on or around 20 June 2017 with conditional trading of the shares in EVRY on Oslo Børs commencing on or around 21 June 2017 under the ticker symbol "EVRY".

Completion of the IPO is conditional upon the board of directors of Oslo Børs approving the application for listing of the shares in the Company which is expected to be submitted on 7 June 2017 and considered in a meeting to be held on or about 12 June 2017 and the satisfaction of the conditions for admission to trading to be set by Oslo Børs.

Completion of the IPO will further be conditional upon (i) the Company and the Selling Shareholder, in consultation with the Joint Global Coordinators and Joint Bookrunners, having approved the offer price and the allocation of the Offer Shares to eligible investors following the bookbuilding process, (ii) the board of directors resolving to issue the New Shares, (iii) the Company, the Selling Shareholder and the Joint Bookrunners (as defined below) having entered into the underwriting agreement as described in the Prospectus and satisfaction of the conditions included in the underwriting agreement, and (iv) the underwriting agreement not having been terminated. Ultimately there can be no assurance that these conditions will be satisfied.

The Prospectus will, subject to approval as set out above and regulatory restrictions in certain jurisdictions, be available at www.evry.com, www.abgsc.no, www.dnb.no and www.sb1markets.nofrom 7 June 2017 at 09:00 hours (CET). Hard copies of the Prospectus may be obtained free of charge from the same date by contacting one of the Joint Bookrunners or at the offices of EVRY at Snarøyveien 30 A, 1360 Fornebu, Norway.

Neither this announcement nor the information contained herein is for publication, distribution or release, in whole or in part, directly or indirectly, in or into or from the United States (including its territories and possessions, any State of the United States and the District of Columbia), Australia, Canada, Japan, South Africa or any other jurisdiction where to do so would constitute a violation of the relevant laws of such jurisdiction. The publication, distribution or release of this announcement may be restricted by law in certain jurisdictions and persons into whose possession any document or other information referred to herein comes should inform themselves about and observe any such restriction. Any failure to comply with these restrictions may constitute a violation of the securities laws of any such jurisdiction.

This announcement does not contain or constitute an offer to sell or a solicitation of any offer to buy or subscribe for any securities referred to in this announcement to any person in any jurisdiction, including the United States, Australia, Canada, Japan or South Africa or any jurisdiction to whom or in which such offer or solicitation is unlawful.

Any offering of the securities referred to in this announcement will be made by means of a prospectus. This announcement is an advertisement and is not a prospectus for the purposes of Directive 2003/71/EC (together with any applicable implementing measures in any Member State, the “Prospectus Directive”). Investors should not subscribe for any securities referred to in this announcement except on the basis of information contained in the aforementioned prospectus. Copies of any such prospectus will, following publication, be available from the Company's registered office and, subject to certain exceptions, on the website of the Company.

Lazard & Co., Limited, which is authorised and regulated in the United Kingdom by the Financial Conduct Authority, is acting exclusively as financial adviser to the Company and no one else in connection with the IPO and will not be responsible to anyone other than the Company for providing the protections afforded to clients of Lazard & Co., Limited nor for providing advice in relation to the IPO or any other matters referred to in this announcement. Neither Lazard & Co., Limited nor any of its affiliates owes or accepts any duty, liability or responsibility whatsoever (whether direct or indirect, whether in contract, in tort, under statute or otherwise) to any person who is not a client of Lazard & Co., Limited in connection with this announcement, any statement contained herein or otherwise.

Credit Suisse Securities (Europe) Limited, Goldman Sachs International, Morgan Stanley & Co. International plc and UBS Limited are authorised by the Prudential Regulation Authority (the "PRA") and regulated by the FCA and the PRA in the United Kingdom.

The Joint Bookrunners and their affiliates are acting exclusively for the Company and the selling shareholder and no-one else in connection with the intended IPO. They will not regard any other person as their respective clients in relation to the intended IPO and will not be responsible to anyone other than the Company and the selling shareholders for providing the protections afforded to their respective clients, nor for providing advice in relation to the intended IPO, the contents of this announcement or any transaction, arrangement or other matter referred to herein.

The IPO may be influenced by a range of circumstances, such as market conditions, and there is no guarantee that the IPO will proceed and that the listing will occur.

The information, opinions and forward-looking statements contained in this announcement speak only as at its date, and are subject to change without notice.

EVRY is one of the leading IT companies in the Nordic region and has a strong local and regional presence in 50 Nordic towns and cities. Through its insight, solutions and technology, EVRY contributes to the development of the information society of the future and so creates value for the benefit of its customers and for society as a whole. EVRY combines in-depth industry knowledge and technical expertise with local delivery models and international strength. EVRY has some 8,200 full-time employees, and the Company is committed to demonstrating that Nordic customers are best served by a supplier that understands Nordic business from the inside. EVRY has annual turnover of more than NOK 12 billion.