Olympic winner Sami Jauhojärvi and coach Olli Ohtonen share their experiences on data as a tool to support top athletes to peak perform.

Sami Jauhojärvi, Finnish Olympic cross-country skiing champion, together with Olli Ohtonen, research and development director of the Olympic training centre in Vuokatti-Ruka, Finland share their experiences on data as a tool to support top athletes to peak perform. 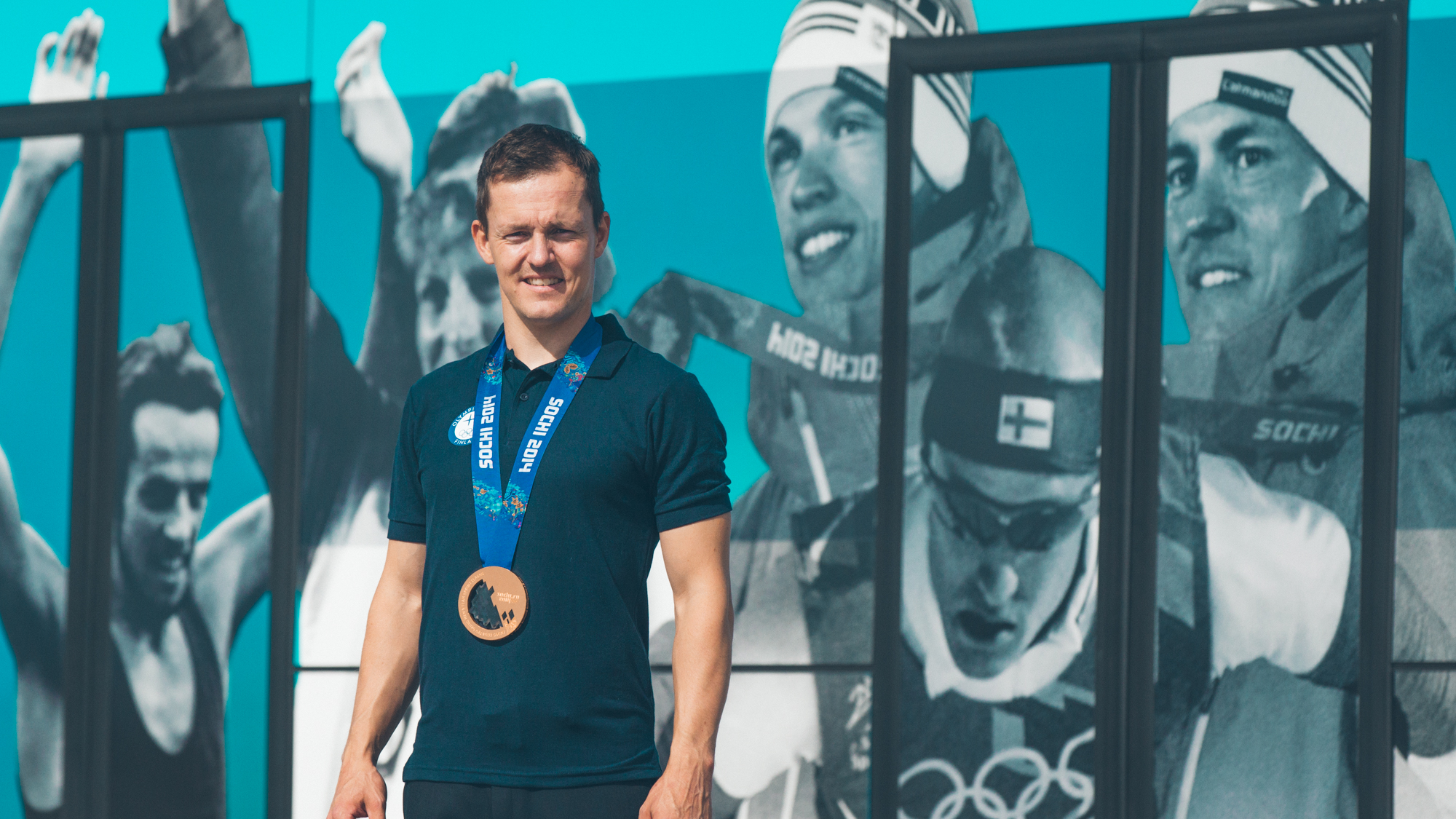 Olympic cross-country skiing champion Sami Jauhojärvi bought his first heart rate monitor way back in 2000, when he was 19 years old. Although sensor technology has advanced dramatically since then, heart rate remains one of the most important measures of fitness and recovery in endurance sports.

As an analytically-minded elite athlete, Jauhojärvi was used to tracking his recovery through continuous heart rate monitoring. One day in late summer 2014, he was astonished to notice that the monitoring statistics for his nighttime heart rate were very poor.

“I had been monitoring my nighttime heart rate since 2004, when I was part of the KIHU, Research Institute for Olympic Sports, heart rate variability pilot group. I had accumulated a lot of data on both training and recovery throughout ten years of skiing. With the data we collected, we also picked up on the recovery problem caused by the change of medication. Over the years I had also learned to tell when the data differed from my own gut feeling. Then we had to find an explanation for the mismatch in figures.”

In Jauhojärvi's opinion, it is interesting to notice how the body often reacts long before the person notices any symptoms.

“For example, at the Ramsau am Dachstein camp in Austria in October 2007, I came down with pneumonia, but already two weeks before that my heart rate measurements and observations during training showed some health abnormalities. I was already carrying the infection by then. In top-level sport, it’s also easy to get too carried away with things when it comes to physical exertion. The level of strain on the body can go unnoticed unless measurement data is gathered through systematic monitoring.”

Jauhojärvi used many different measuring devices during his career, including smart ski tights. These were used to measure muscle balance and the order in which different muscles are activated during the different stages of skiing. The tights helped to determine whether more strength or mobility training was needed in each given stage.

Jauhojärvi also got used to using accelerometers to measure the body’s ability to generate explosive force for increased speed.

Nowadays, more biometric data is being gathered in top-level sports than ever before. The use of data is also much more efficient now than during Jauhojärvi’s active career.

“The main benefit of biodata is that it can help prevent many of the mistakes that can be made in training and competitions. The measurement of recovery has increased a lot, and it enables more accurate measurement of training.”

In competitive sports, sufficient training is vital. With the right amount of training, the body learns to adapt to it and the heart rate decreases. But if the strain caused by training is excessive, fatigue sets in and the body no longer responds to training stimuli. As a result, development stops, and continued training brings no further improvements.

“These days, monitoring is so effective that performance prediction has improved dramatically over the past 15 years. Advanced sensor technology also makes monitoring easier than ever.”

In Jauhojärvi’s view, however, just following biodata is not enough.

“Combining your own knowledge with biometric data gives the best results. When the Tour de Ski ended in 2007, I monitored my recovery for a few days before the tour and a few days after it even more closely than usual. As soon as everything seemed fine, I felt confident enough to go back to normal training just three days after the end of the Tour.

”It is important to note that there is a great deal of individual variation in how an athlete recovers from the stress of competition, and the measurement results can be used to confirm the individual’s own sense of how their body is doing. 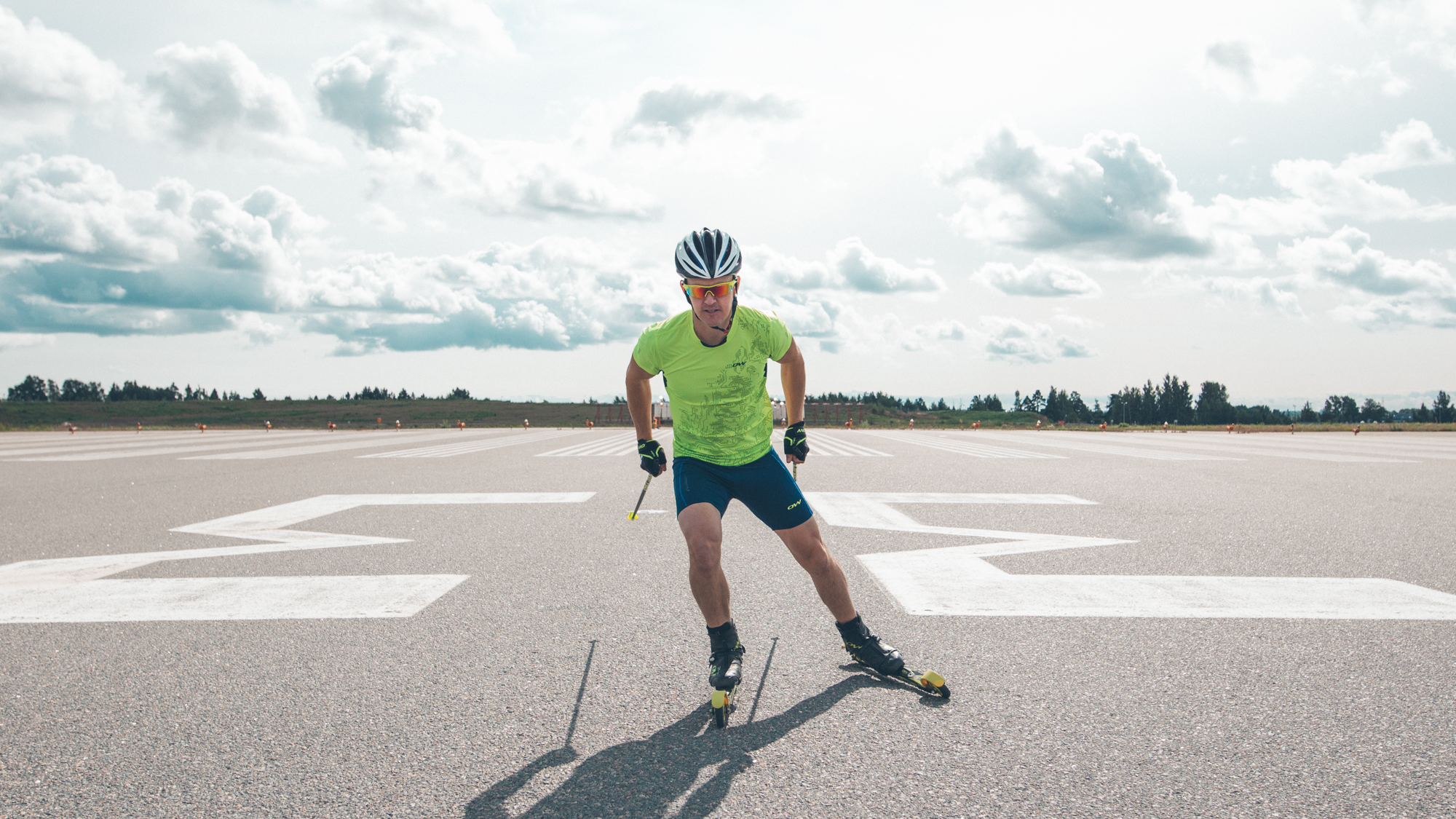 Data as a coaching partner

“With so much data accumulating, it’s important to focus on the information that is most useful for improving performance. For a young athlete, having too much data to analyse can become confusing. It is important to work with the coach and together select and focus on the most relevant aspects of the data.”

Jauhojärvi’s fellow competitor Olli Ohtonen agrees with him. After his skiing career, Ohtonen has completed a doctoral degree in sports and health science and is nowadays widely known especially as the personal coach of Finnish cross-country skier Iivo Niskanen. In his work as the research and development director of the Olympic training centre at Vuokatti-Ruka Sports Academy, Ohtonen helps to develop top-level snow sports with data and research.

“The amount of data has increased significantly over the last five years. That’s why it’s particularly important to determine the relevant data for each sport, so that it can be used to make the right training decisions.”

“In the collaborative data project with TietoEVRY, coaches get to define what kind of data should be collected on their sport. In addition to sport-specific information, it is possible to collect lots of general information, like for example data related to sleep and recovery, to the platform, The solution also includes various questionnaires that allow the athlete to assess their own current status. In team sports, the group coach can see the bigger picture in one view, and for example when the signs of an injury get recorded, the responsible expert can take preventative action in time.”

“The most important aspect of this elite sports data project is that the data is collected from different sources and compiled into a single, easy-to-use application. Previously, the data has been scattered across the coaches’ Excel files, various platforms of data service providers and other data sources. The currently used application is constantly developed as the need for data grows all the time. One of the development goals is to add a competition database to the application.”

Ohtonen emphasizes the data privacy aspect of the project.

“All the data that we collect on an athlete belongs to the athlete themselves. Data is a valuable asset, and it’s important that the athlete knows how their data is being used. Smartwatches that are worn around the clock are popular among non-athletes, as well. Users should remember that all data collected by these devices is considered as personal data and must therefore be processed in accordance with the data protection regulation. Fortunately, our system has been designed to meet these demands.”

The 360° Training and Wellbeing solution developed by TietoEVRY helps athletes and their coaches both monitor and analyse information related to the stress put on the athlete as well as their wellbeing based on data collected from several sources. These sources may include various sensors and wellness and exercise diaries. When all the data that was previously scattered across different sources has been compiled into a single view, it is easier for the teams to make decisions that support the wellbeing and development of the athletes and help them reach their full potential in their respective sports.