EVRY and Gassco enter into IT agreement

EVRY and Gassco have entered into a strategic framework agreement with estimated total contract value, including option periods, of approximately NOK 300 million. The agreement is for an initial three-year period, with options to extend for a further 2+2 years. The agreement provides for EVRY to deliver a broad range of IT services that will help Gassco to maximise value creation from the natural gas resources on the Norwegian continental shelf. 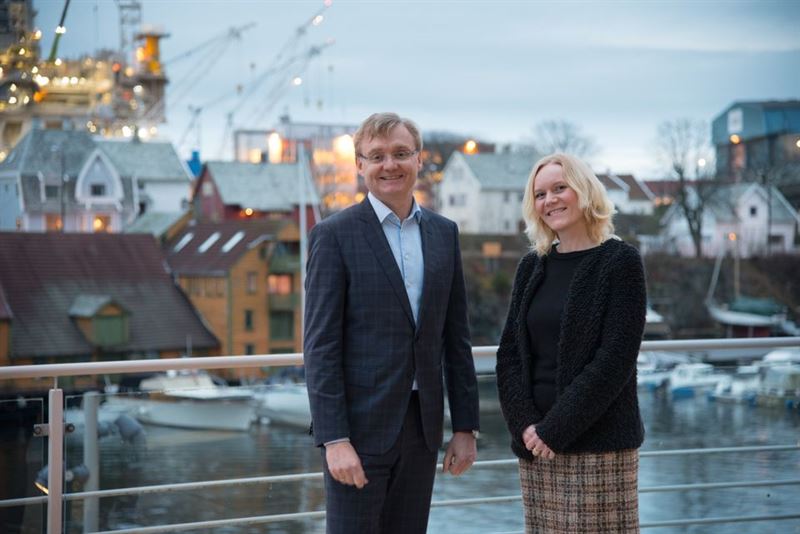 Gassco operates the integrated transport system for supplying gas from the Norwegian continental shelf to European countries, and its activities are dependent on reliable and efficient IT systems. Gassco has worked closely with EVRY ever since Gassco was first established. The new agreement represents a continuation of this strong collaboration, and covers services such as operations and monitoring, support, networks, applications management and IT security, as well as hardware deliveries, out of hours cover and consulting. As part of this agreement, EVRY will work as an integrated part of Gassco's internal IT organisation for operations, system administration, user support and ongoing development of operations-critical systems.

"As the operator responsible for transporting gas from the Norwegian continental shelf to European countries, Gassco is very dependent on secure, reliable and efficient IT solutions. The Norwegian natural gas adventure dates back 40 years, and the volume of gas deliveries is now higher than it has ever been. Gassco recognises the importance of taking full advantage of new opportunities in order to ensure that we use effective and competitive solutions both now and over the long term. Digitalisation and information technology represent central and important elements in this respect. We have a long-standing and good collaborative relationship with EVRY. We see EVRY as a company that combines a local presence with the expertise of a large organisation that has the capacity to take on large and very complex assignments with demanding security requirements", explains Kristin Kinn Kaste, Head of System Operation at Gassco.

EVRY has invested heavily over recent years in developing its expertise and building partnerships with leading global technology suppliers such as Google, Amazon Web Services, Microsoft and IBM. Through these partnerships, it has developed many new services based on artificial intelligence, the internet of things, advanced analytics and robotisation. These new services mean that EVRY is now even better equipped to offer a fully comprehensive portfolio of state-of-the-art IT services. Accordingly, this agreement means that Gassco will be served by one of the market's leading players in digitalisation.

"Millions of people depend on Gassco for safe, stable and efficient supplies of gas from the Norwegian continental shelf. We are extremely pleased that Gassco has demonstrated its continuing confidence in EVRY by entering into this agreement, which also has wider public significance. Our deliveries will be provided by a locally-based core team of highly qualified specialists, supported by EVRY's national and global expertise, with everyone involved having in-depth knowledge and understanding of Gassco and the company's processes", explains Kolbjørn Haarr, EVP, EVRY Norway.

The new agreement will ensure continuity for Gassco in relation to the services currently provided by EVRY, and using specialists who already have in-depth knowledge of Gassco's business and infrastructure will help to reduce operational risk.

About EVRY
EVRY is one of the leading IT services and software providers in the Nordic region and has more than 10,000 customers across the private and public sectors. Every day more than five million people in the Nordic region use solutions delivered by EVRY. Through its strong local presence and in-depth technological and commercial insight, EVRY is a driving force for innovation and modernisation at its customers. EVRY reported turnover of NOK 12.2 billion in 2016 and has 8,500 employees across nine countries. Its headquarters are located at Fornebu just outside Oslo, and the company is listed on Oslo Stock Exchange.
www.evry.com