The developer debater's guide to thinking on your feet

Have you ever thought after a meeting “Yeah, that’s what I should have said”? Let me give you some tips on what I’ve learned as a debater about thinking on your feet.

Have you ever been unprepared for a meeting or presentation? Or not known what to respond to a question or argument? Have you ever thought after a meeting “Yeah, that’s what I should have said”? We’ve all been in those shoes. So let me give you some tips on what I’ve learned as a debater about thinking on your feet.

As a developer, you need many skills and some deep knowledge. You will attend lots of meetings with customers and users where you will often need to think quick in order to come up with the right response. Competitive debating gives you the opportunity to practice this ability to think on your feet. Debating is basically interactive public speaking, so it’s good practice that comes in handy when giving presentations and talking to customers.

Motions, definitions, and the boomerang effect

You may receive a list of possible motions a few days in advance, or you may get no hints at all. Motions are often set as opposites to be debated, e.g. wine is better than beer, Java is better than C#, and so on. When the motion is announced and the teams have been assigned their roles, each team gets 15 minutes to prepare before the debate starts with an opening by the proposing team.

The opening includes the definition, or what you might call the requirements of the debate. In the closing, no new arguments are allowed, and the point is to state why the other team is wrong, and why one’s own team is right. As a rule of thumb, you should have three arguments. If you have fewer than three, your case may seem weak. If you have more, your opponents may choose which arguments to pick apart.

Developers tend to like logical arguments, but you will rarely win a debate only with pure logic (logos). You also need to appeal to (ethical) character (ethos) – which by extension means appealing to authority – and you should appeal to feelings (pathos) too. There are a lot of ways to handle arguments. An effective method is to help the arguments of the other team become boomerangs; hitting them back in their direction. If that can’t be done, you should aim to make their arguments fall to the ground like a rock.

The judging criteria in a competition debate concern how well the motion is defined, the content of the arguments, the teams’ debating skills, their cooperation, and their time keeping. As debating is essentially role play, you are allowed to be creative in your arguments as long as they are credible. It’s important to remember to refer to the arguments of your opponents, and not to just deliver a series of independent speeches. These criteria are all good to use for presentations outside of a debate as well.

As a developer, what is in it for me?

How can debating help you in quick thinking, presentations, and public speaking?

By practicing debating and role play, you also get practice and experience of unexpected changes and short preparation times. For example: “Your colleague Bob is sick, we need you to do a customer presentation in thirty minutes.”

With a background in debating, you’re better at thinking on your feet and quickly finding counterarguments. This does not give you immunity against poor preparation or finding the right answer later on, but it does buy you some time and provide you with a set of quick-thinking skills. Debating also helps with public speaking, giving you some tools to handle and manage unexpected situations, and answer live Q&As. When you have experience as a debater can speak with more interactivity, which is better than just delivering monologues.

There is the proverb: “A cobbler should stick to his last” – meaning one should do the work one is expert at. In our professional context, this means we should stick to systems development. But as a developer you still may need to present, speak, and argue in support of your work, so your arguments should emphasise your expertise.

Diversifying your skills and knowledge

Diversifying your skillset is good for your development, as the mind finds connections in what may seem like irrelevant fields. You may subconsciously find new ways of looking at what you already know. In addition to the specific training, it provides in thinking quickly and public speaking, debating can also help in this expansion of your skills and knowledge.

How many people have solved problems by going for a walk, a bike ride, or taking a shower? How many have had an “Eureka!” moment in a bathtub? Sometimes working too hard on a problem just may be the problem.

By practicing debating and finding arguments while under pressure, you’ll be trained in thinking on your feet in no time.

Jørn hosted a lightning talk on this topic on Javazone 2022, you can see his talk in full here. 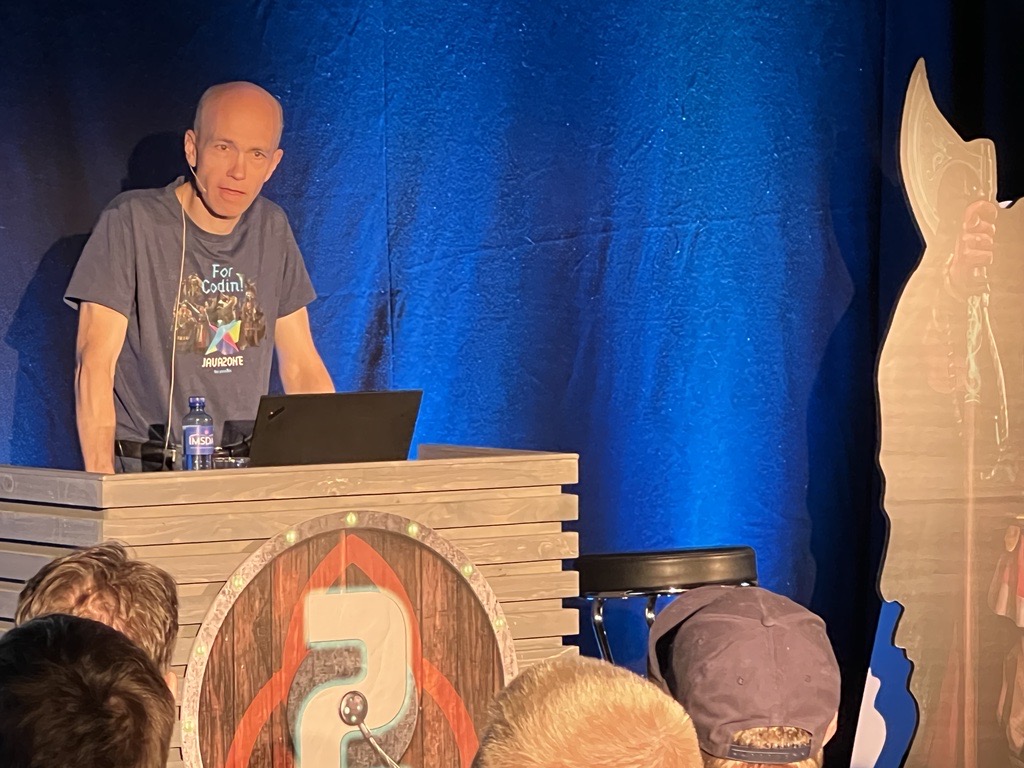 Jørn K. Baltzersen is an award-winning debater who has been a programmer since he was 10 years old, when he started staying after school to spend time in the computer room. Today he works as a consultant, developer, and architect within Tietoevry Create, and is also part of the JavaZone organizer team.

Teppo Valkama: Dancing through the challenges of leadership

Teppo Valkama, a Program Manager with Tietoevry Create, has worked hard to become a respected leader. Now his passion for helping others to do their job successfully has inspired a community mission.